“Are Corporate Disclosure regulations a social solution or a problem?”

Regulations are presented as a tool for solving various social and economic problems that society faces today, for example problems like climate change, tax evasion and social injustice. However, regulations may instead become a problem, leading to additional costs without measurable benefit for the society. This is something that Asif wanted to research during his doctoral studies at Dalarna University. His central research question became “Are Corporate Disclosure regulations a social solution or a problem?”

Asif’s research question originates from his background in social sciences, finance, and accounting. He came to Dalarna from Bangladesh in 2015 for a Master's Programme in Business Studies with an International Focus. The corporate social responsibility course he took as a part of this programme ignited his interest in the links between regulations in sustainability and accounting. And the fact that stakeholders are increasingly using companies’ sustainability related information in key decision makings. However, objective ways to evaluate many of such information is non-existent.

– I was looking for a PhD program that would encompass the fields of accounting, finance, and applied computer science, and would have a more practice orientation. There are not many PhD programs like that, so it was a rather straight forward choice when it came to applying for the positions for a PhD in Microdata Analysis at Dalarna University, says Asif H Huq.

“This reform made financial audit voluntary for small companies."

During Asif’s doctoral studies at Dalarna University, he was trained in the use of statistical methods and computer science methods to solve problems using a Microdata approach. Microdata Analysis is a multidisciplinary subject that focuses on developing methods and approaches for understanding complex systems through collecting and analyzing data at micro-level.

More specifically, Asif used statistical models to study the effects of the EU-wide audit reform, the Annual Accounts Directive: 2013/34/EU. This reform made financial audit voluntary for small companies. In most EU member states, this reform exempts up to mid-sized companies from audit. While some member states, like Sweden and Finland, only exempts micro companies from audit.

And combined statistical methods and computer science methods to examine company behavior to assess the need for public regulation of nonfinancial reporting (e.g., sustainability reporting) in the light of an EU-wide reform, the Nonfinancial Reporting Directive: 2014/95/EU, commonly known as the NFRD.

– Through my studies I have found that the implementation of the reform at such a low threshold level, i.e., only exempting the smallest companies from audit, is inefficient for most companies and costly for the society. For example, in Sweden, more jobs could be created if more small-sized companies are exempted from mandatory audit, in line with rest of the EU, says Asif H Huq.

“As a society we need to know if those resources are well spent or should they be diverted to other productive use."

The European member state governments and the EU use a significant amount of resources to design and implement these regulations. As a society we need to know if those resources are well spent or should they be diverted to other productive use.

– This thesis provides evidence that some of the contemporary government interventions are costly for the companies and society. These results can be incorporated in relevant policy makers’ decision-making process for future amendments of these regulations.

“It has been an amazing journey."

– It has been an amazing journey. To be honest, when I look back now, I could not have predicted how it went. No doubt it has been enlightening and rewarding – I mean it’s a PhD education. But I learned many basic life lessons as well during the process! One of the most important ones is that as researchers we, at times, need to be patient, and often times persevere, says Asif H Huq. 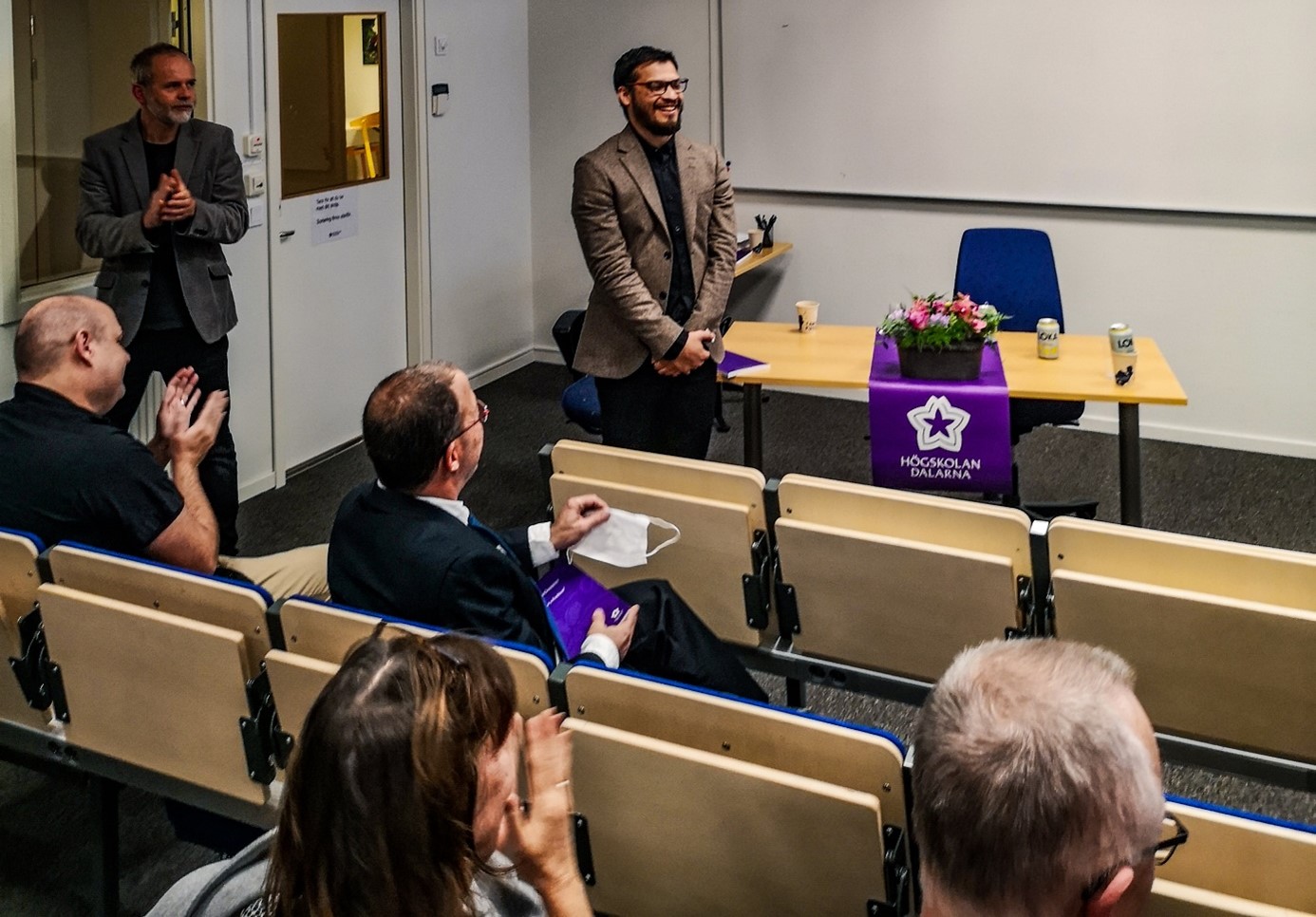