To the sounds of folk music, students were welcomed to Dalarna University at the Lugnet kyrka as they began their first semester of studies.
17 Jan 2017
Communications Department
Share this page Welcome Ceremony Spring 2017
We also send information about the page in the message. 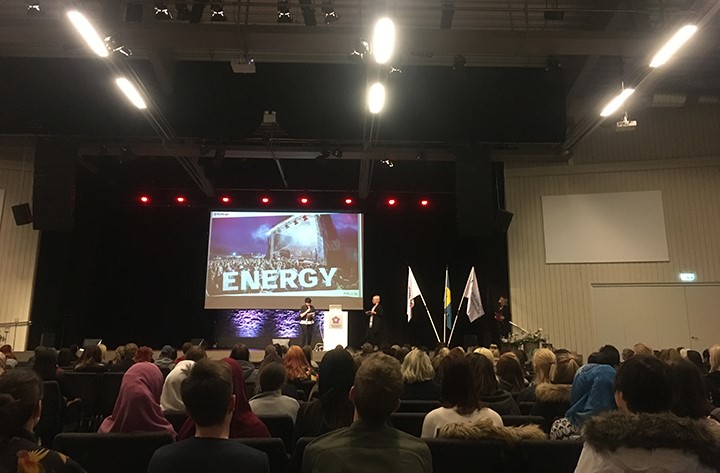 Directors Linda Wallin and Angelica Ekholm from Falun and Borlänge described the advantages of living in the region and the growing workforce needs. 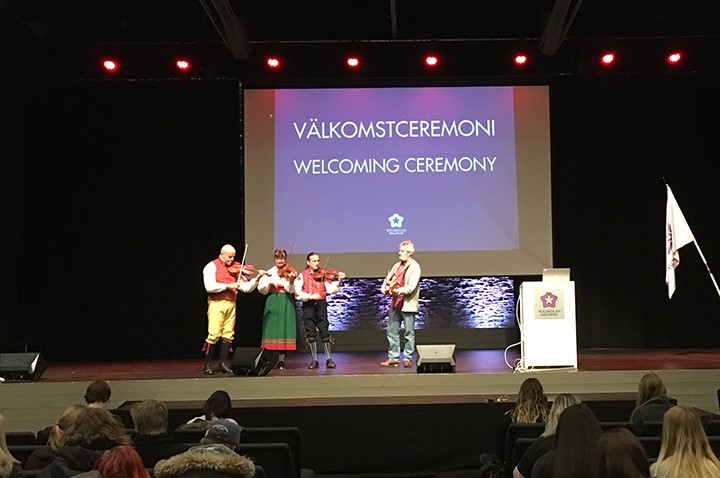 Folk musicians took to the stage to perform some traditional songs. 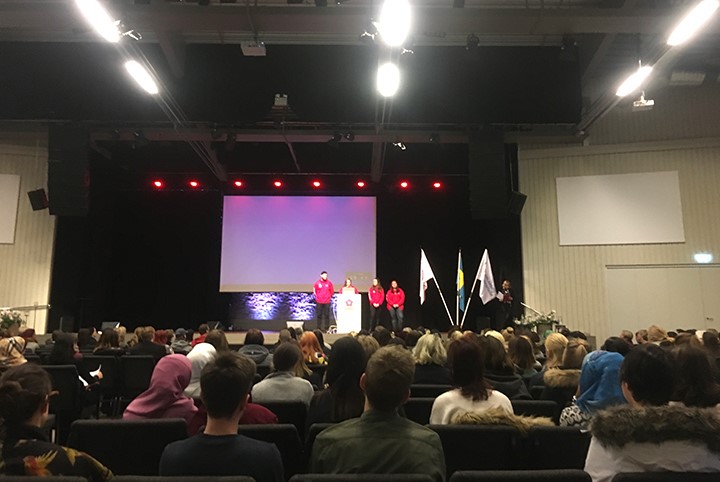 The Student Union was in attendance to encourage the new students to get involved in activities.
Previous Next

The welcome ceremony marked the beginning of the academic semester for 754 new students, both campus-based and online.

Heading the conference was Professor Sara Irisdotter Aldenmyr, who opened the ceremony before handing over to Vice-Chancellor Marita Hilliges. The Vice-Chancellor described the wide range of programmes and courses offered at Dalarna University, such as the teacher training programme, the nursing programme and the engineering programme.

"On top of the educational opportunities offered here, you who have moved to Dalarna have fantastic opportunities to get involved with sporting activities and to experience the lovely natural surroundings," explained the Vice-Chancellor.

Representing regional businesses and industry were the two directors Linda Wallin and Angelica Ekholm, who spoke of the great need for a competent workforce in the province of Dalarna. They also described how fantastic it is to live in the Falun/Borlänge area.

Tom Edoff, Chairperson of the Student Union, took a few minutes to describe the work of the Student Union and the opportunities that exist in terms of a social life and recreation. Next up were two exchange students who during a short interview described their experiences of living in another country.

The ceremony concluded with the Student Union describing the activities ahead for the new students.

Translation based on the original text by Henrik Sjögren.