Last week, a group from Study in Sweden made trips to visit a number of universities in northern Sweden, and one of those chosen was Dalarna University.
21 Feb 2017
Communications Department
Share this page Study in Sweden Pays Visit to Dalarna
We also send information about the page in the message. 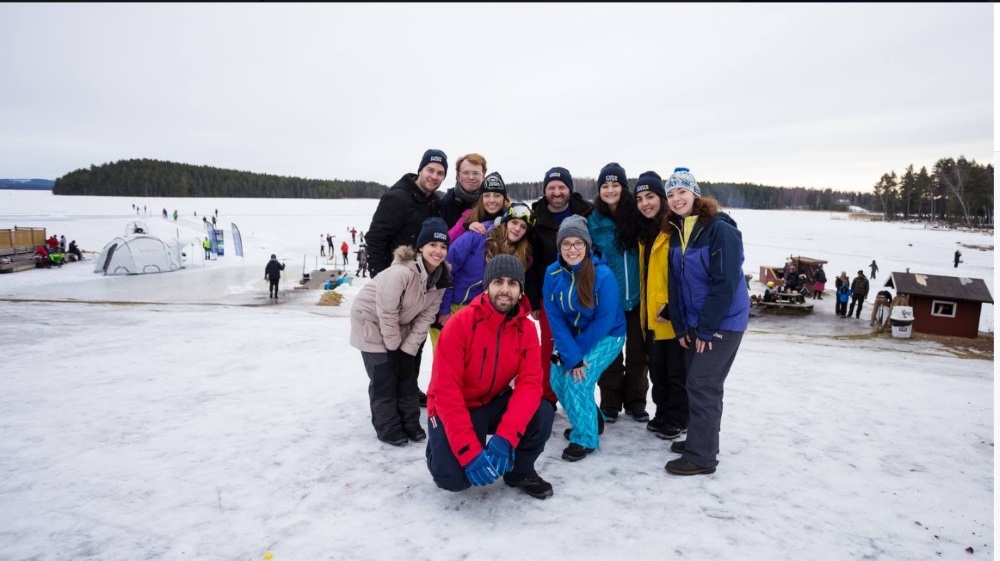 The idea behind the Campus Tour – Follow Us to the North campaign was to visit the various campuses and find out what university life is like for the students who have chosen Sweden as their place of study.

The group visited both Campus Borlänge and Campus Falun, where they met to talk with students and staff, and explored the labs used in some of the programmes. They also tested out the new 3D printer and learnt about Eximus, the battery-driven vehicle that last year featured on Canadian television.

The group spent two days experiencing life in this part of Sweden, where they were able to try out such activities as skiing at Romme Alpin and ice skating on Lake Runn. Meeting them at the train station upon arrival was a group of folk musicians along with representatives from Dalarna University. One of these was Michael Oppenheimer, Director of International Student Recruitment, who had put together the two-day schedule.

There to help host activities were international students at Dalarna University, who showed their guests around their accommodation and talked briefly about their experiences, programmes and life in general in Sweden. The two days were documented live on social media, specifically Facebook, Instagram and Snapchat. To date, the Facebook livestreams have been viewed some 17 000 times.