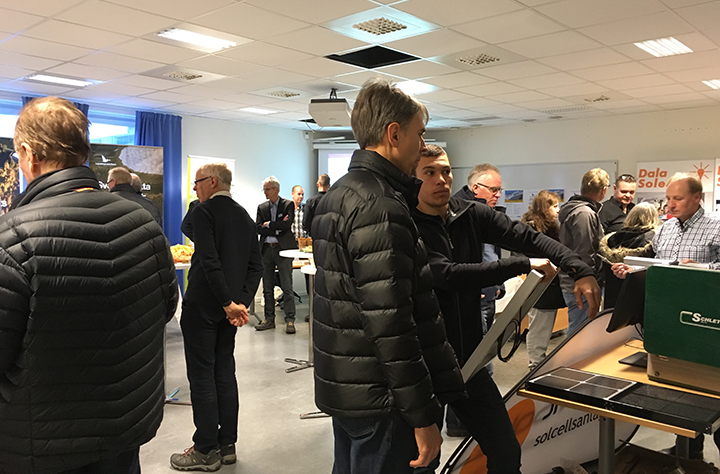 Over the course of the evening, lectures and talks were held on a range of subjects related to solar energy, such as the technology, legal considerations and taxation rules. Representatives from a number of companies and organisations, such as energy companies, financial businesses and solar cell suppliers, also attended to talk about their specific subject areas.

Örjan Nilsson from Bleka in Jämtland, who works within agriculture, explained how currently his hometown of Bleka has the highest number of solar cells in Sweden: nearly every rooftop is equipped with them.

"An important driving force for investment when it comes to solar power is the ability to be self-sufficient in terms of electricity and to run a climate-smart business," Örjan explained.

"Those who work within the agriculture industry are accustomed to making use of solar energy and have a strong interest in the possibilities that come with solar electricity," stated Håkan Johansson, Regional Head of LRF (Swedish Federation of Farms) in the provinces of Dalarna and Gävleborg. "What is more, they have the optimum places on which to install solar panels - namely their large barn rooftops. Interest for this subject comes at just the right time and is much greater than we had expected."