On Thursday, researchers working within the profile Intercultural Studies had two minutes to present their research to colleagues. The multi-faceted research that is being conducted within the profile involves some 75 researchers.
19 Jun 2017
Communications Department
Share this page Snapshot of Ongoing ISTUD Research
We also send information about the page in the message. 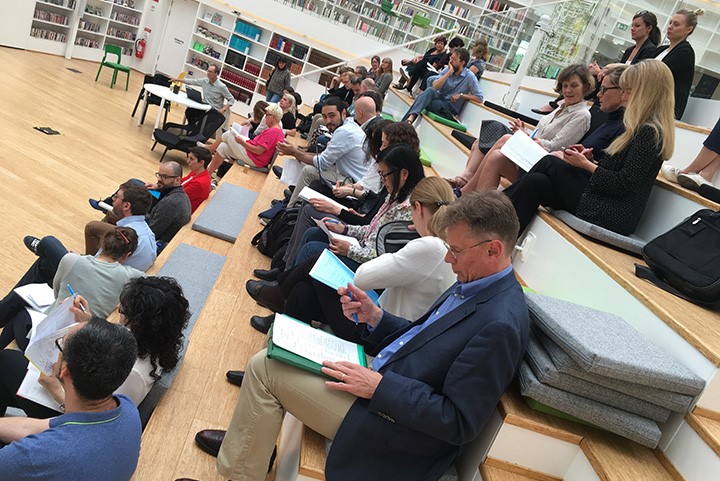 Researchers and their colleagues gathered in the Campus Falun library to hear the short presentations.

“We want to demonstrate the depth and breadth of our research profile. There are a number of us working within various fields of research, and this is a way for us to learn more about one another’s work. In such a way, new collaborative forms can be established and new ideas formed,” stated Jonas Stier who is Research Leader and Professor in Intercultural Studies at Dalarna University.

Interculture in this context needs to be interpreted in a broader sense, where not only the cultures of other countries are meant but also sociocultural differences.

It was a tight schedule that was closely monitored by the organisers. Most speakers kept to their two-minute allotted time, which was enough for others to gain an insight into the research of fellow researchers.

The research presented included research into the birth of Italian and its development; Arabic literature and female Syrian authors; and the way in which Russian identity has been formed.

The remainder of the day was spent with researchers meeting to discuss their research in groups. Jonas Stier termed this ”speed-dating for researchers”.

”This form of speed-dating intends to develop collaboration within the research profile. It can lead to new ideas and new, interesting research fields,” explained Jonas Stier.