Research Friday Attracts High-School Students from All of Dalarna

4 Oct 2016
by Kati Forsberg
Share this page Research Friday Attracts High-School Students from All of Dalarna
We also send information about the page in the message. 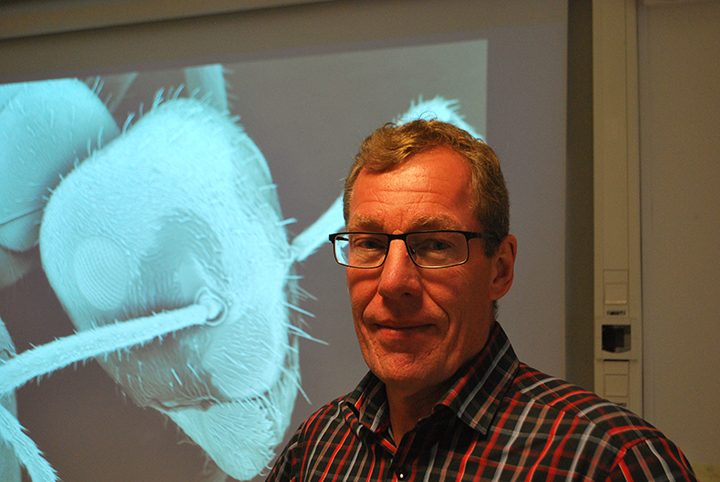 Friday, September 29 was an important day in the world of academia - it was the so-called Researcher's Night, which is celebrated throughout Eruope on the last Friday in September. Its purpose is for the general public and schools to have the chance to meet researchers and learn more about research.

In Sweden, activities are organised at 31 venues. In Dalarna, events are held at the Framtidsmuseet in Borlänge, with the organisers being both the museum itself and Dalarna University. Young people from throughout the region are invited to take part in lectures given by ten researchers on their respective subjects. In the afternoon, a somewhat older audience was welcome to attend.

Professor Mikael Olsson, whose research field is Material Sciences at Dalarna University, gave a talk entitled "En resa in i mikrokosmos” ("A Journey into the Microcosmos"), during which he showed pictures from the microscopic world that were taken with an electron microscope.

"An important purpose of the day is to get more people interested in technology," states Mikael Olsson. Certainly, there was no lack of interest among the group, some members of which posed many curious questions.

Translation based on text by Henrik Sjögren.