Short films, documentaries and music put together in creative yet highly untraditional ways. These were just a few examples of what the media students had on show last week during the annual EXPO 2019.
1 Apr 2019
Translation based on the original Swedish.
Share this page Media Students Deliver Yet Again!
We also send information about the page in the message.

It's difficult not to be truly impressed by the final projects that students had on display last  week in the University's Media House (Mediehuset). Svarta havet, the large meeting area, was busy with activity, with music playing and films rolling, along side the lively buzz of students. EXPO is a significant annual event at the University, where all students in their third and final year of their programme have the opportunity to put on show their creative achievements. This year, some 90 students took part. One of them was Amanda Wilhelmsson, who is in the Film and TV Production programme.

"There is so much thought and work involved in all of this, and now at last we get to show what we've been working on. It's so much fun," she says. 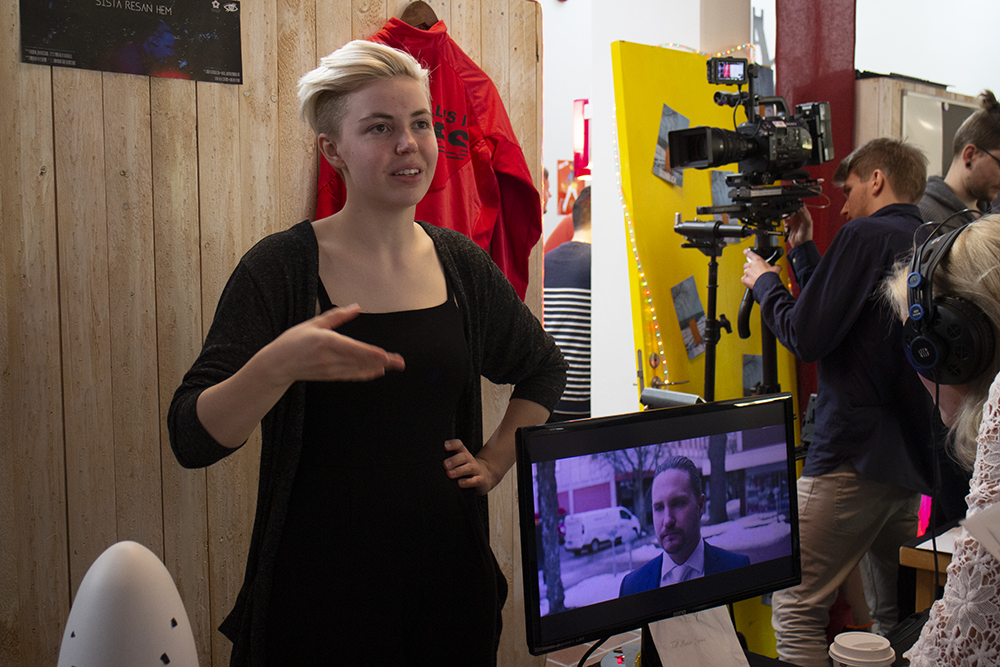 Amanda's final project was a short film entitled "Sista resan hem" (The Last Trip Home - unofficial translation). It's about a boy who plans to travel to Mars and his time at home in Sweden before his departure. The film involved collaboration with students from three programmes that are taught at the Media House: Film and TV Production, Scripts for Film and TV, and Sound and Music Production.

The purpose of EXPO is to let the general public and the rest of the University see what takes place at the Media House, at the same time as it marks the final stage in the university careers of a number of students. One student whose idea was markedly original was Noa Jansson from the Sound and Music Production programme.

"I wanted a song that did not involve the use of traditional instruments and sounds, so I recorded the sound of trains and developed a song using those recordings," he explains.

What was the result?

"I'm really happy with the results. I feel like I did the best I could in the time that I had and the positive comments I've received are really encouraging," he states.

In one corner of the main display area, a young man is sitting behind a somewhat different-looking drumset. He has successfuly made an electronic drumset sound like a regular drumset.

"I tested out various drum sounds and uploaded them to my computer. Now I can play them on an electronic drumset and it sounds like I'm playing a regular set of drums," says Christian Severin, a student in the Sound and Music Production programme. 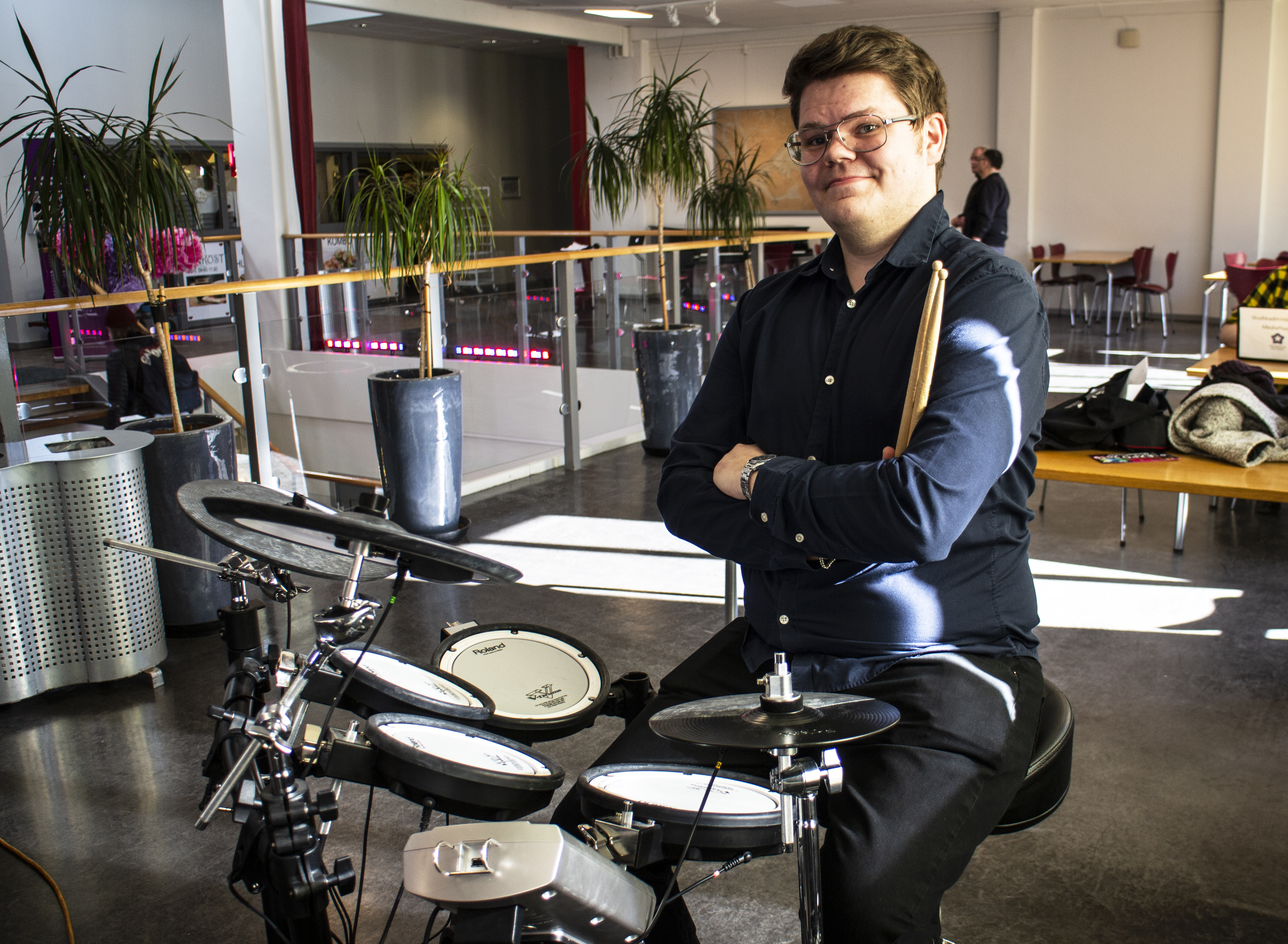