Large Turnout at the Open House

Pupils from upper-secondary schools in the region turned out on Wednesday to attend the University's Open House. Scheduled were presentations of the University's various programmes as well inspirational lectures on the meaning of future studies and the opportunities they bring with them.
26 Oct 2017
Translation based on the original Swedish
Share this page Large Turnout at the Open House
We also send information about the page in the message.

The Open House opeend with a welcome presentation in the library. Current students described their experiences of studying at Dalarna University and the programmes they chose to take. A former student, Marie-Louise Dahlgren, talked about her time as a student and the opportunities that have come as a result of her university degree. 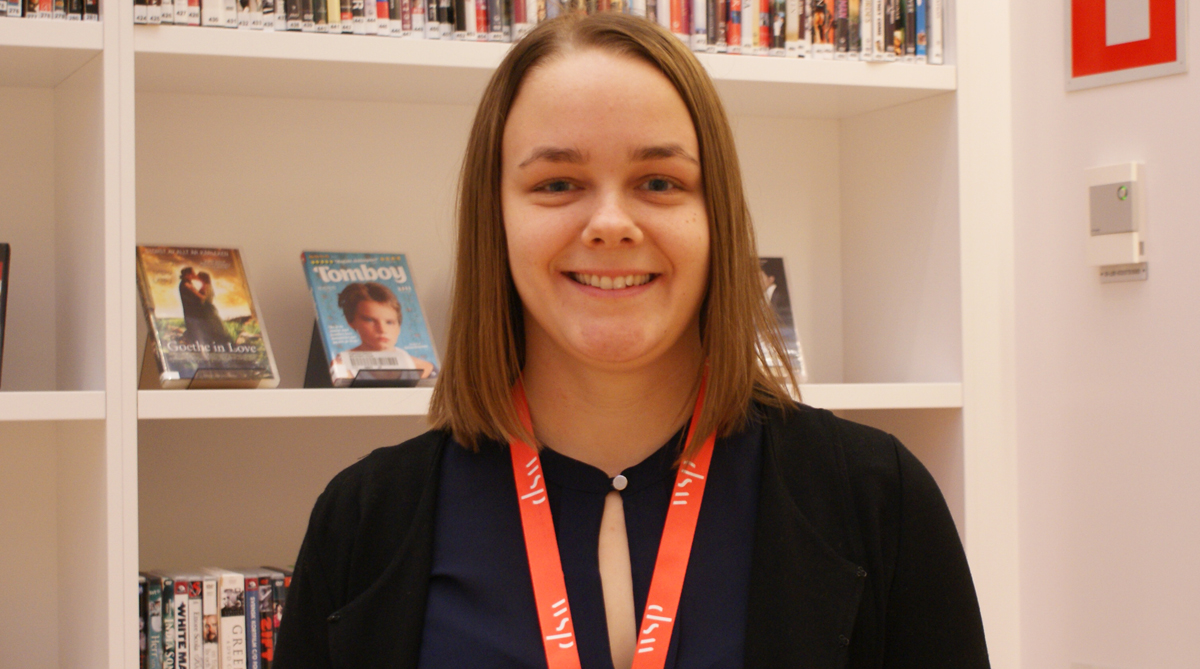 "When I decided to study at university, I initially thought that I would attend a university somewhere else than Dalarna. I live and went to school in Borlänge and thought I wanted to experience something else. But for various reasons, I chose Dalarna University anyway, and I have no regrets, I took the Engineering Programme in Borlänge. It was very rewarding and led to my getting an interesting job. As a result of staying in the area, I was also able to keep playing in my old football team and hanging out with my friends.

"A piece of advice I would like to give you is to really think long and hard about your choice of programme," continues Marie-Louise Dahlgren. "Make best use of today and the opportunity to listen to the different programmes being presented. Don't just choose a programme because your friend has chosen it it. Take a course just to see what it is like and to get an idea. I waited two years after upper-secondary school before I began studying at university. That suited me best."

Moa Stubbans Juhlin and Kasia Kucybala from Soltorgsgymnasiet in Borlänge expected to be given lots of useful information but not lectures that were long. 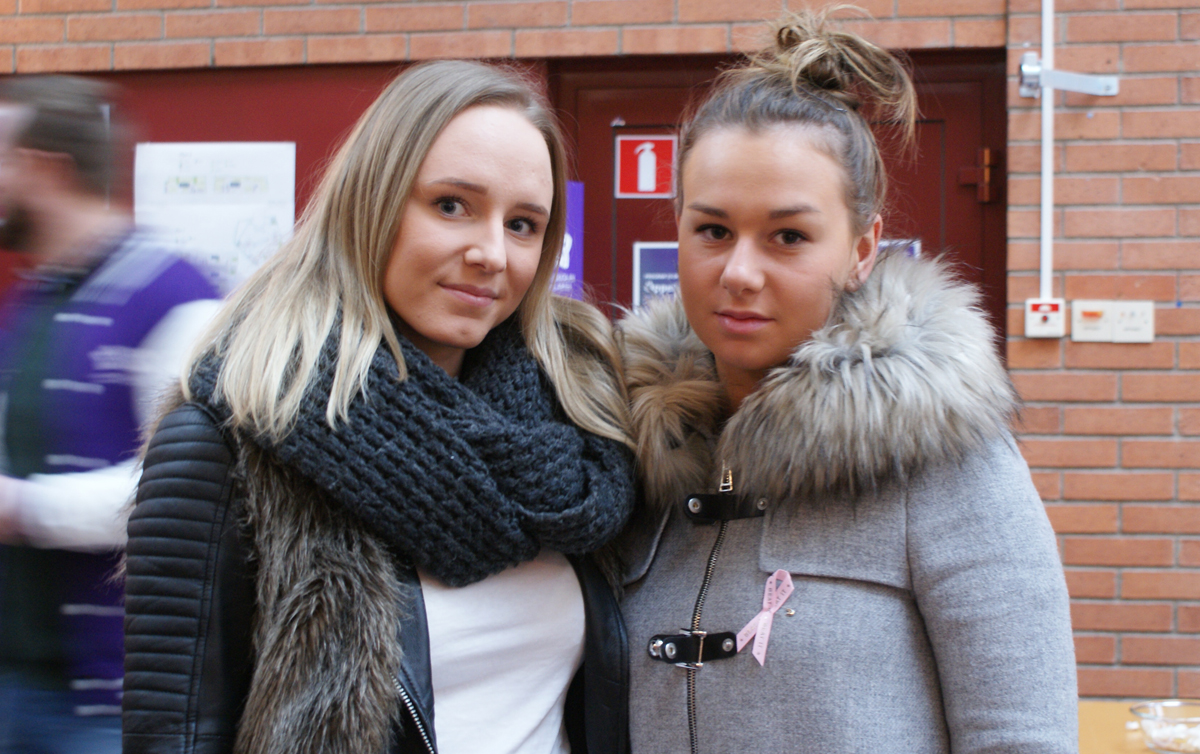 "I plan to study at university, so I hope I'm not scared off by thinking it could be too difficult. I want to work with something that lets me look after people. That's what interests me," says Kasia, "so now I'm going to listen to the lecture about the nursing and social work programmes."

Abshir Elmi was one of the students who opened the day's events. From Västerås, he is in the second year of his programme in the social sciences. 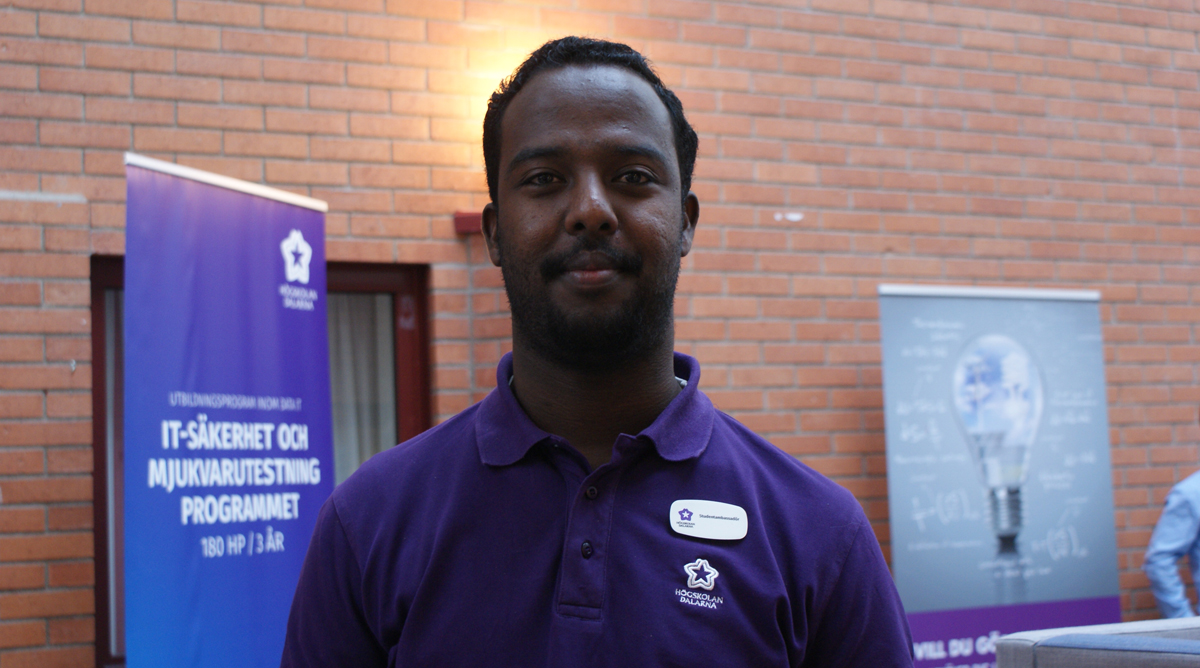 "I chose Dalarna University because the programme was in line with my expectations. I enjoy my studies and like living in Falun. I am also involved with the Student Union and am a member of the student union council.

Marcu Iversen, also from Soltorgsgymnasiet in Borlänge, attended the presentation of the programme in computers and IT. 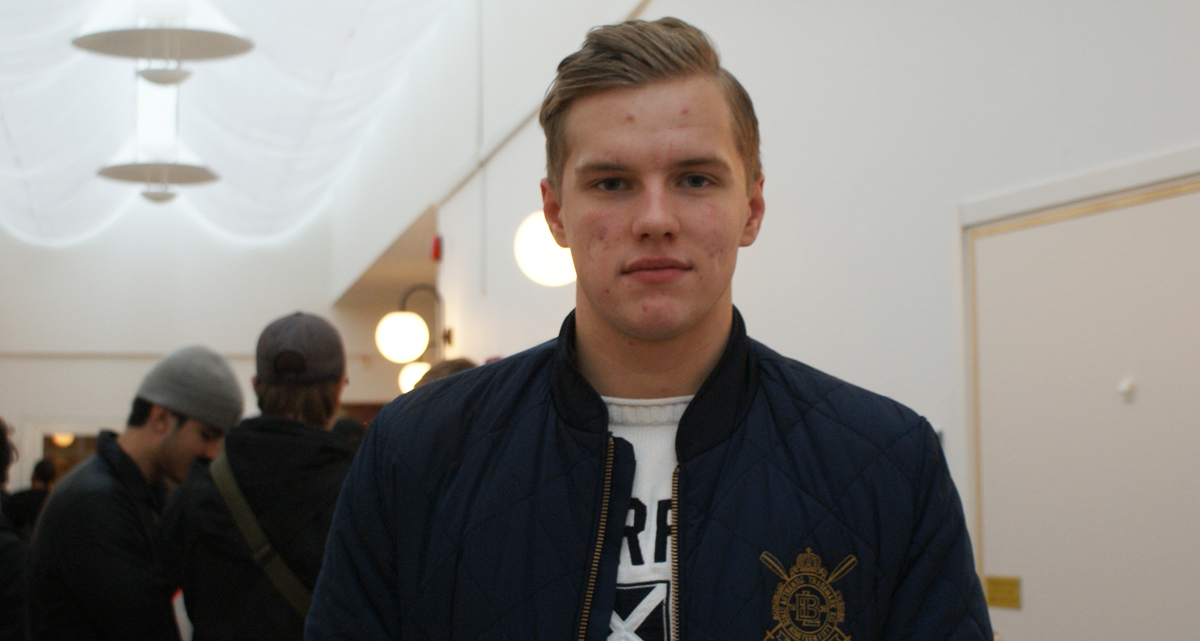 "I'm interested in graphic design and thought the presentation was really good. I have taken some courses on the subject at my school, so know a bit already. I haven't decided yet what programme to take. I'm going to listen to the presentation on business and economics studies and hear what that's like."

The interest in higher education amongst the attending pupils was hard to miss during the half-day that they attended on campus.