12 Oct 2016
by Kati Forsberg
Share this page Government Takes University Governing Board’s Role on Issue of Campus Localisation
We also send information about the page in the message. 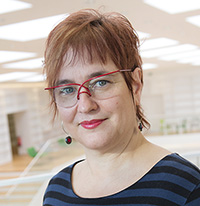 In her communication, the Minister stated that the Government's decision is that Dalarna University will continue to operate as it currently does with two campuses, one in Borlänge and one in Falun.

Work has been ongoing for several months now to look into the possible co-localisation of both campuses or the possible continuation of operations in the two separate campuses.

The Government's position presents a new dimension to the study on co-localisation that has been led by the University Governing Board.

"Normally, it is the university itself that decides on its organisation and, as such, also questions on localisation by way of a governing board decision. Governing boards have been able to examine issues in a more than sufficient manner and to arrive at intelligent decisions, which have served towards development among Sweden's institutes of higher education," states Vice-Chancellor Marita Hilliges.

"We need to remember that this is not simply a question about localisation: it is a question about the future. In no way has the localisation study been a waste of money; rather, it will serve as a sound basis for those decisions that we will be taking about the development of Dalarna University, in which localisation is but one component," Marita Hilliges continues.

"We will of course adhere to the decision of the Government and continue our work towards development. Dalarna University must find better ways and forms to continue developing into being a strong, attractive and vital university for the whole province, with both high-quality research and high-quality higher education. Throughout the region, an increased university presence is required."

On Friday, a board meeting will be held during which the future of the University will be discussed so that it can be a resource and benefit to the whole of Dalarna.