Family and friends gathered in the event venue Lugnetkyrkan on Friday to celebrate the end of studies for many students. Among the speakers was musician Stiko Per Larsson, a former student of Dalarna University.
15 Jan 2018
Translation based on the original Swedish text.
Share this page Family and Friends at Celebratory Leaving Ceremony
We also send information about the page in the message.

Heading the event was Sara Irisdotter Aldenmyr, who opened the ceremony by welcoming guests. The large crowd then watched as students were led into the large reception hall to the sounds of folk music. The first speaker up was Stiko Per Larsson, musician and producer, who graduated 2002 from Dalarna University's Sound and Moving Image Production programme.

"This is my first ever speech at a ceremony. The choice was between me and the Governor of Dalarna, so I'm quite happy about having had the edge on her," began Stiko Per Larsson. "I'd like to give you a piece of advice. Take it easy after your graduation. Let things take the time they need to. Looking back, I was myself at the lowest point in my career after my studies. I didn't know then that I would become a musician and producer. Give yourself time to find where it is you are going."

Stiko Per Larsson concluded his speech by singing some lines from his song "Slappna av".

Next to speak was the Chair of the Student Union Tom Edoff.

"Six months ago, I attended this ceremony to mark the end of my own studies. It wasn't until I had my degree certficate in my hand that I understood that I had actually graduated. I would like to ask who among you remembers their first examination? I do: I was really nervous. I didn't think I knew anything. Many fail their exams, while some simply do not complete their studies. But you chose to keep going - you're sitting here today."

"Your education is worthless - worthless on the day you stop being curious. The best way to protect facts is to be curious. Research shows that higher education protects facts when combined with curiosity. Therefore, continue to question."

It was then time for students to enter the stage to be congratulated individually with applause from the large public in attendance.

Last speaker was former student Maria Swartlng. She graduated in 2010 from Dalarna University with a degree in Civil Engineering. 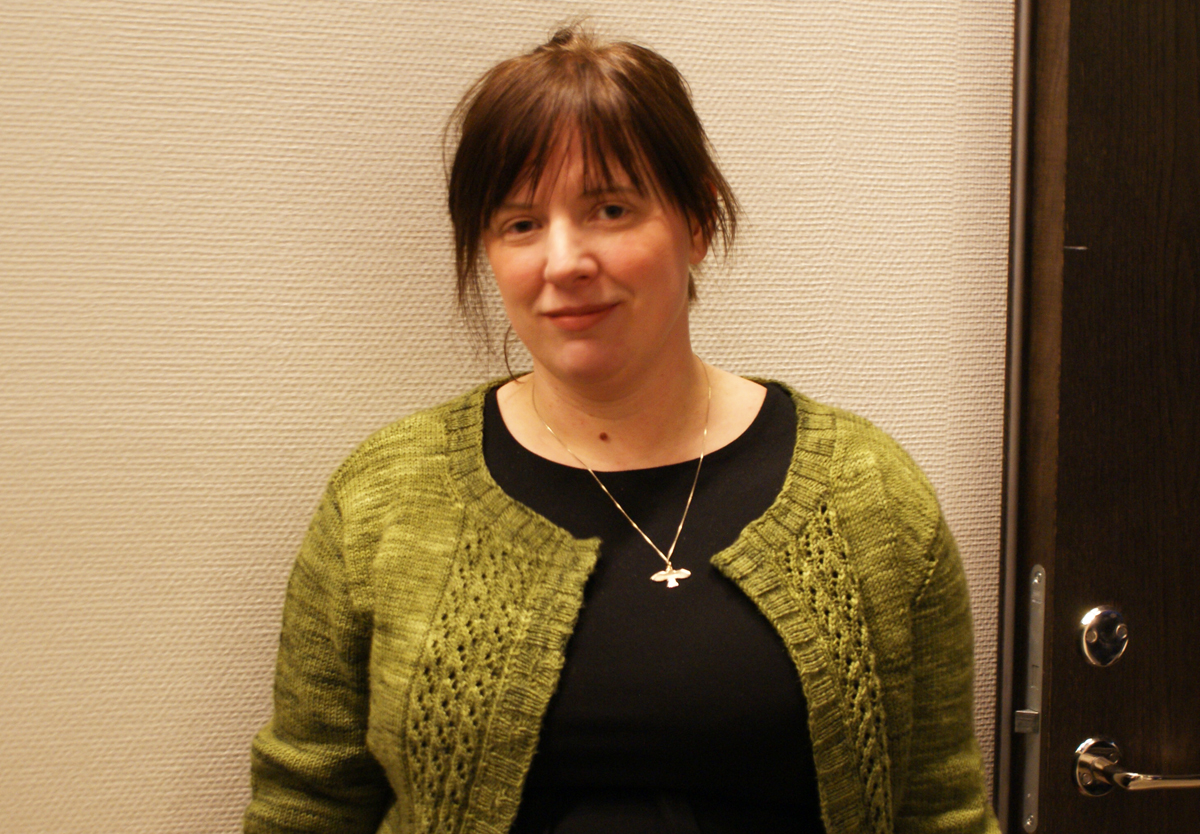 "The decision-makers of today seldom need to keep in mind future demands: however, this is something decision-makers of the future must do. You. Within my branch, the steel industry, we have an environmental and sustainability goal that will have been reached by 2050. By that time, I will be 67. Changes towards that goal will take place throughout my professional life Therefore, think long-term. Give yourself an important role. During your professional life, you are going to be in a position to effect change. It is you who are the future."

The ceremony was followed by a mingle in the University Library on campus.