A black-and-white picture taken by a Nazi in Latvia in the second world war serves as the background to an international 360 film that will take its viewers back in time and into history.
17 Jan 2020
Translation based on the original Swedish.

Mikael Rosén, student in the Film and TV Production programme at Dalarna University, was the film photographer for this innovative international project entitled To Never Forget.

The impact of the photograph above is hard. Knowing what is about to happen to the people in it makes it difficult to look at.

The women are looking straight into the camera lens, dressed in nothing but their undergarments, huddled in the cold. Behind them lies a large pile of clothes, an indication of what is soon to take place. Where the pile of clothes now appears, there will soon also be a pile of bodies.

The incident took place in the Latvian town of Liepaja. Both Latvians and Germans were involved in the massacre that happened there in December of 1941: to this day the incident is extremely sensitive to talk about, almost 80 years later. It is due to this sensitivity, explains Mikael Rosén, that filming was moved to Budapest. Side by side, German and Latvian soldiers executed 2731 Latvian Jews in Liepaja over the course of three days. The 360-film dramatises events to the point when the picture was taken. 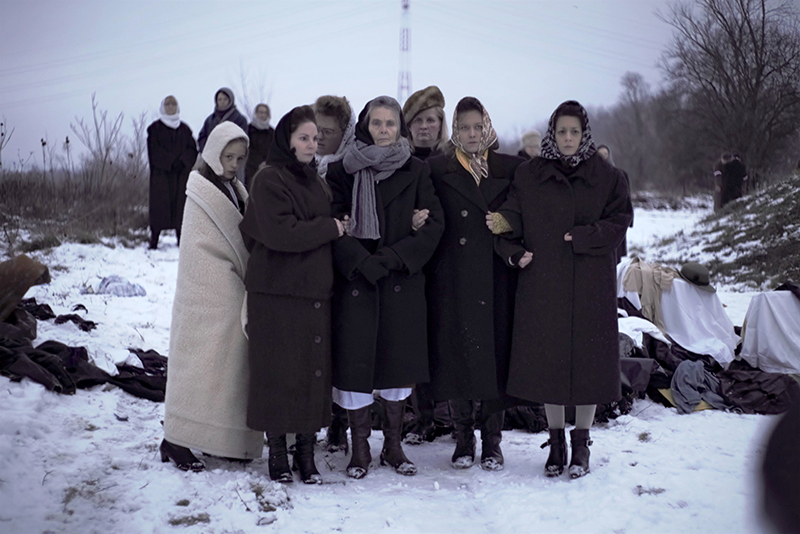 The women in this photograph are actors, dressed in warm clothing while waiting to reenact the historical picture from the Liepaja Massacres. Because of the sensitivity of the subject matter, filming was done in Hungary and not Latvia. Photo: Jemma Potgieter

The international film project was headed by Dr. Peter Hegedus, Instructor and Researcher at Griffith Film School in Brisbane, Australia, and as well as Mikael Rosén, a small group of students from Latvia, Hungary and Australia were involved. Financing the project was the prestigous University of Southern California School of Cinematic Arts.

The Involvement of Dalarna University

Axel Grigor, Director of Programme and Senior Lecturer, worked as a documentary maker for 20 years in Australia while also teaching at the Griffith Film School. When one of his former colleagues made contact to ask if Dalarna University would be interested in being involved in the project, Axel Grigor saw the chance for one of his students to experience something unique. He knew at once that Mikael Rosén would fit in with the Hegedus team.

Filming took place in Hungary just before Christmas, with the photograph of the Jewish women having a key and fundamental role in the work. It was only once filming had begun that the filmteam noticed that there were more people in the picture than first meets the eye: the little girl Sorella Epstein and her mother, Rosa Epstein. The discovery resulted in one of the film students then playing a role in front of the camera.

Mikael also took part indirectly as he too appeared in the film, despite being used to standing behind the camera. This is a feature of a 360 film (where views are filmed in every direction), that the cameraman risks being part of the picture. 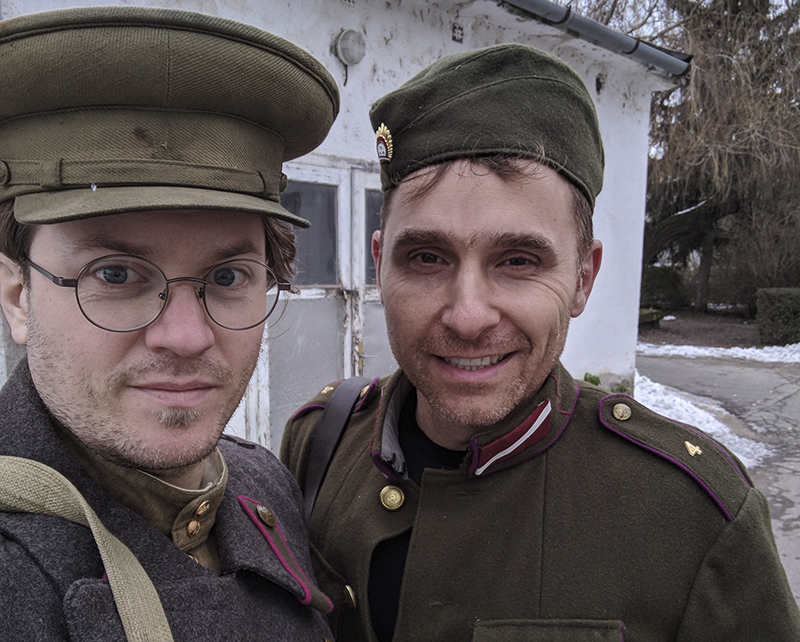 To Never Forget has developed from its initial stages and will now result in three films that look at different aspects of the massacre: a half-hour documentary; a five-minute 360 film that requires viewers to wear special glasses; and a film about the creation of the documentary. The hope is that the latter will be edited by Dalarna University later this spring.

The project is seen as innovative and as having great potential to reach out to a younger audience, and the hope is that the films will be played at festivals and film conferences around the world.