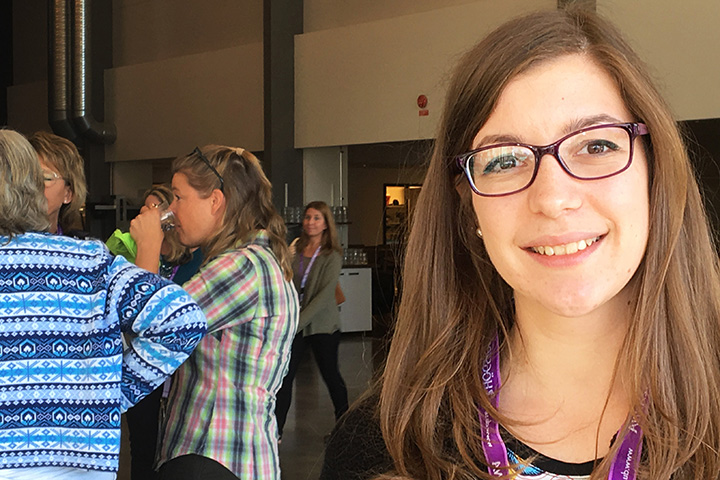 A three-day conference with the theme Nutrition and Nurture in Infancy and Childhood: Bio-Cultural Perspectives is currently underway at Campus Falun. Held at the nearby Lugnetkyrkan, the conference has brought together 150 researchers, midwives, sociologists and other professionals who are active in the field of pediatric health and who are keen to share recent research findings.

"There are attendees from 17 countries here, including Sweden, South Africa, the USA, Canada and Australia," explains Renée Flacking, Associate Professor in Nursing at Dalarna University and organiser of the conference.

The conference opened on Tuesday when Professor Lars Wallin talked about his experiences working as part of a project that aimed to increase the survival rate among newborns in Vietnam.

"The knowledge and skills existed: the challenge was to share it at the grassroot level," he stated.

"Infant mortality is a question that doesn't just deal with women's health and care. Society at large has an effect on the health of women and their newborn babies. If roads are bad, then that's going to make it difficult for women to get to clinics or receive home visits. Women (in Vietnam) in rural areas generally speaking had little understanding about how diet, work and rest can affect pregnancy. This is why working together with others within the community, as well as communication at different levels, is key to reaching out to mothers," continued Lars.

Renée Flacking described the different themes that would be taken up at the conference.

"Day one is mainly about the implementation of existing knowledge. On day two, the theme is migration and on day three, the key speakers will focus on  neonatal care."

Parallel sessions will also run alongside poster presentations. Sophia Komninou's research looks at the experiences women have with breastfeeding and bottle-feeding, both in practical terms and emotional terms:

The conference is being organised by Reproductive, Infant and Child Health (RICH) at Dalarna University - an interdisciplinary research group that focuses on different methods for improving reproductive health and the health of children and youth regionally, nationally and internationally. Together it represents these disciplines: nursing, medicine; sexual, reproductive and perinatal health; public health; social work; sociology; and sport and health sciences.