Awards for Best Degree Projects in the Field of Nursing 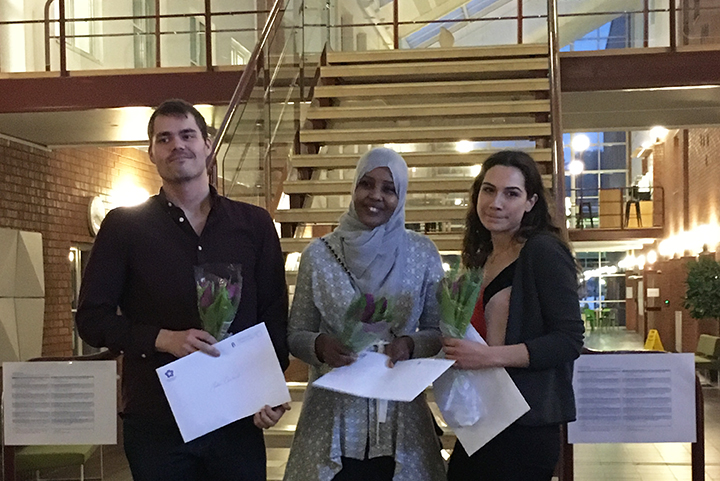 On Wednesday, prizes were awarded for the best degree projects in nursing for the autumn 2016 semester at a conference day in the field of Health and Welfare.

Prizes were awarded to three students for their respective academic paper.

Fawsiya Hassan was recognised for her paper about how nurses understand and experience language barriers and the effect these have on the delivery of care. The paper was described as being a well-written academic paper that demonstrated sound analytical ability and that explained the significance of language and its complexity in person-centred care as based on the theories of Travelbee and Buber. Its focus was interesting and highly contemporary and in line with person-centred care and the current growth of a multicultural society.

The second award-winning paper dealt with the experiences of patients living with congestive heart failure, written by Johan Camsund and Sara Corrigox. This paper was also described as being a well-written academic paper that demonstrated sound analytical ability. Its theoretical basis was Orem's self-care deficit nursing theory.