Tourism Conference Draws Attendees from Around the World

Dalarna University recently played host for an international conference on tourism, an industry that is hugely significant for the local economy of Dalarna. Attending were 160 researchers and doctoral students, who were there to discuss the effects of digital technology on the tourism industry.
16 Oct 2017
Translation based on the original Swedish text
Share this page Tourism Conference Draws Attendees from Around the World
We also send information about the page in the message.

This was the 26th occasion on which the conference Nordic Symposium of Tourism and Hospitality Research has been held, and this time it was Dalarna University's turn to serve as host. Taking place from October 4 to October 6, the theme was the challenges and possibilities that digitalisation brings with it to the tourism industry: for example, the development of services for the hire and exchange of accommodation, such as Airbnb and Intervac, as well as how increased accessibility to information affects business structure, demand and travel patterns.

Lively discussion during one of the many presentations held at the conference. 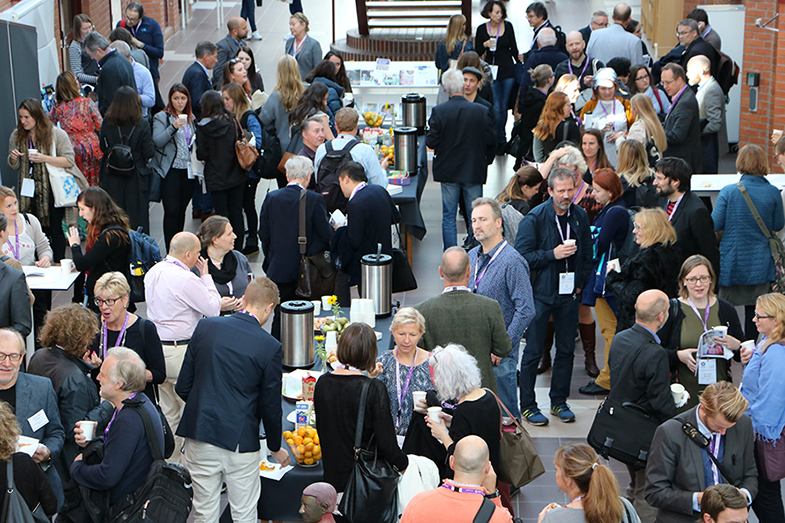 Networking between presentations and lectures.

Some 160 researchers from a total of 20 countries came to Falun to take part. In total, 130 presentations were given.

"With this in mind, this year's conference was one of the biggest ever," stated Jörgen Elbe, Associate Professor in Business Studies at Dalarna University and one of the conference organisers.

Among the highlights of the conference were the three lectures given by three special invitees: Diane Nijs from Breda University in Holland, Nigel Morgan from Swansea University in Wales, and Ana Maria Munar from Copenhagen Business School in Denmark. All three are respected international researchers. They talked about the challenges that new technology brings with it and about how important it is not to forget the human and social dimensions.

The Importance of Tourism

Dalarna is Sweden's fourth largest tourism destination and northern Europe's largest winter destination. There is, therefore, no doubt about the importance of tourism for the province. This has resulted in an increase in the need for research within the field and an increase in funding for research on tourism.

"By hosting this conference, we are able to draw focus to the research we are conducting, and it is an excellent way to make new contacts and to strengthen our position in the field of international research," further explains Susanna Heldt Cassel.

"We have an international research and education environment and over recent years have recruited researchers from a number of different countries," Susanna Heldt Cassel states.

A total of ten individuals are currently part of CeTLeR. Initially, the centre received EU funding, with Region Dalarna and Visit Dalarna taking on important roles in its construction. Currently, most financing for the centre is external through research projects.

Research, which is at the international level, is predominantly on issues of the development of tourist destinations. Each year, a number of articles are published in international academic journals, while presentations are given by CeTLeR representatives at conferences and seminars worldwide. A great deal of the research is conducted in collaboration with regional businesses and presented at special seminars and workshops.