Held at Galaxen in Borlänge, the Academic Ceremony included the inauguration of the new Vice-Chancellor, Martin Norsell, as well as Professors, and was a chance for the University to celebrate the achievements of colleagues.
18 Mar 2019
Translation based on the original Swedish

Since the 1990s, the Academic Ceremony has been held every second year at Dalarna University.

As per tradition, the ceremony commenced with a procession that included the key individuals for the evening, accompanied to the music of the folk-music group Bullermyrens spelmanslag.

Sara Irisdotter Aldenmyr, Professor at Dalarna University, welcomed attendees and presented the first speaker of the evening, Christina Bellander, Chairperson of the University Governing Board, who delivered the welcome speech that stressed the university's vision: open pathways to knowledge for a good society. The ceremonial speech was then held by Anders Söderholm, General Director of Universitetskanslersämbetet.

"I am extremely honoured to be appointed Vice-Chancellor and look forward to being part of the future development of Dalarna University," stated Martin Norsell. 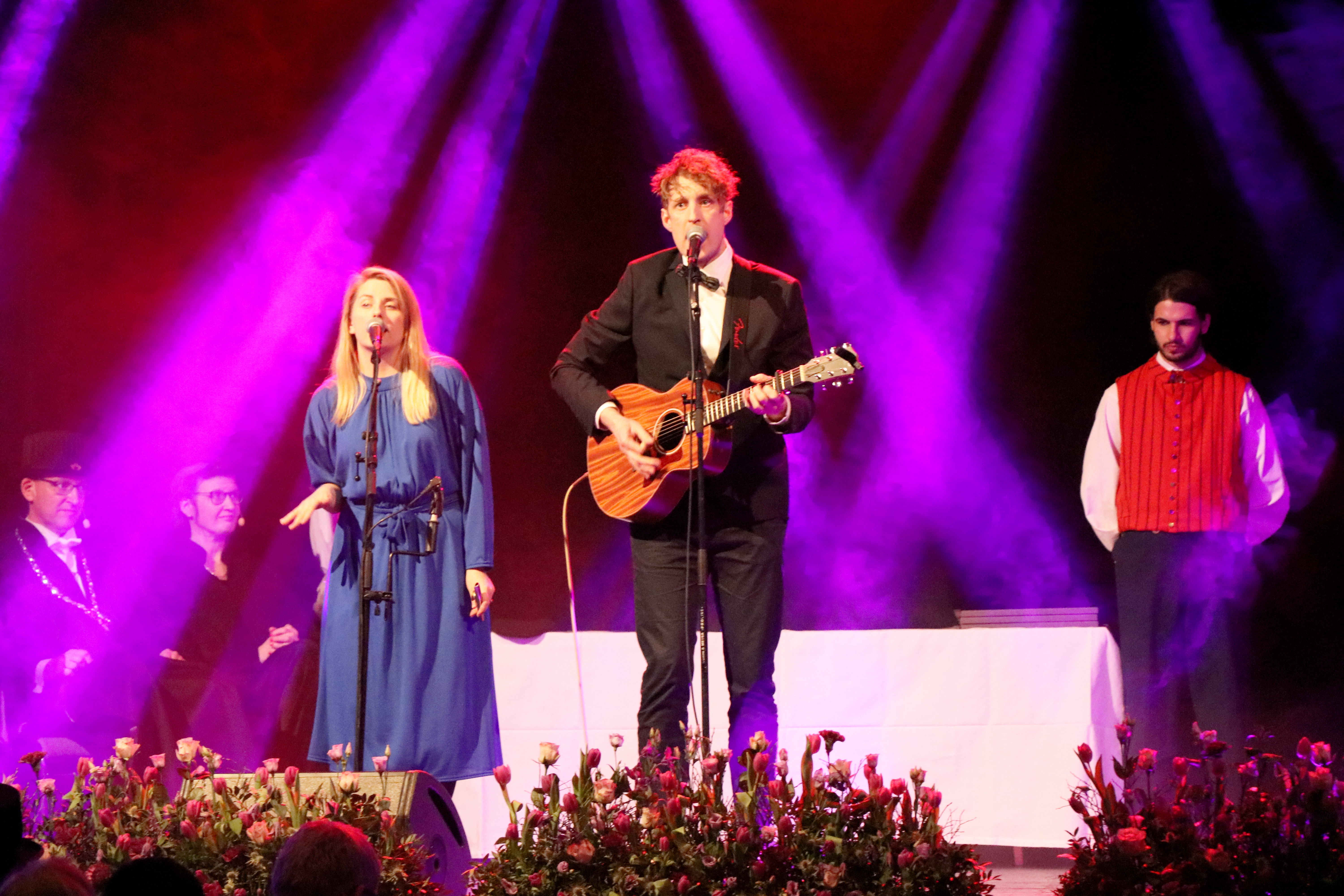 Musical entertainment for the evening was provided by both Bullermyrens spelmanslag as well as the singing duo Summer Kid from Falun. 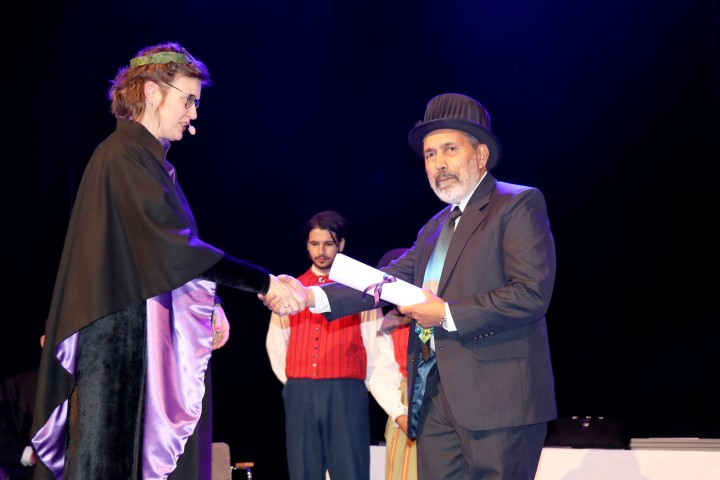 A number of scholars and researchers were recognised over the course of the evening, each being honoured publicly by Dean Catharina Nyström Höög. 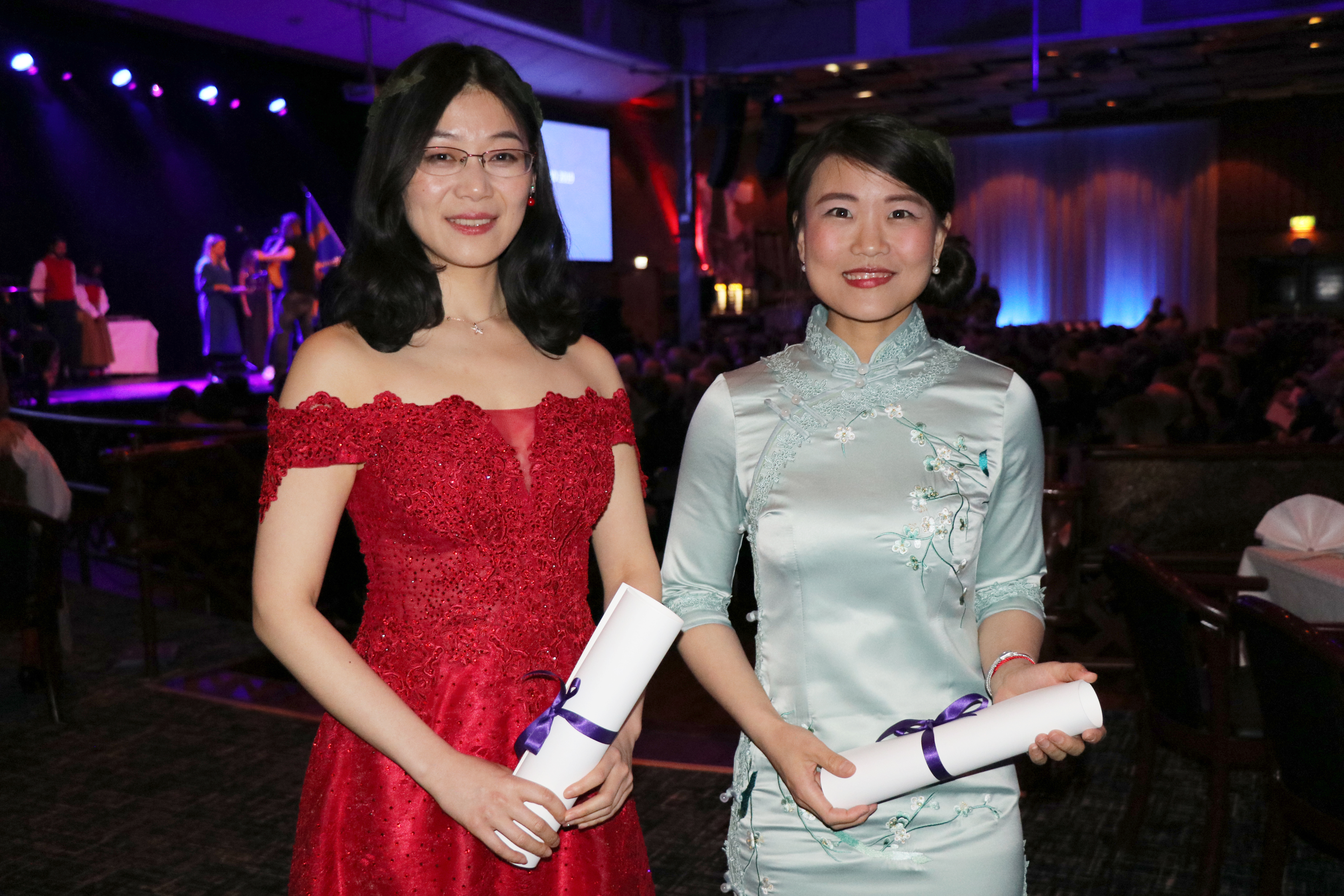 Earlier in the day, the University's four new professors - Marie Elf, Renée Flacking, Thomas Sedelius and Mats Rönnelid - held their inaugural lectures and in the evening were officially inaugurated as Professors. 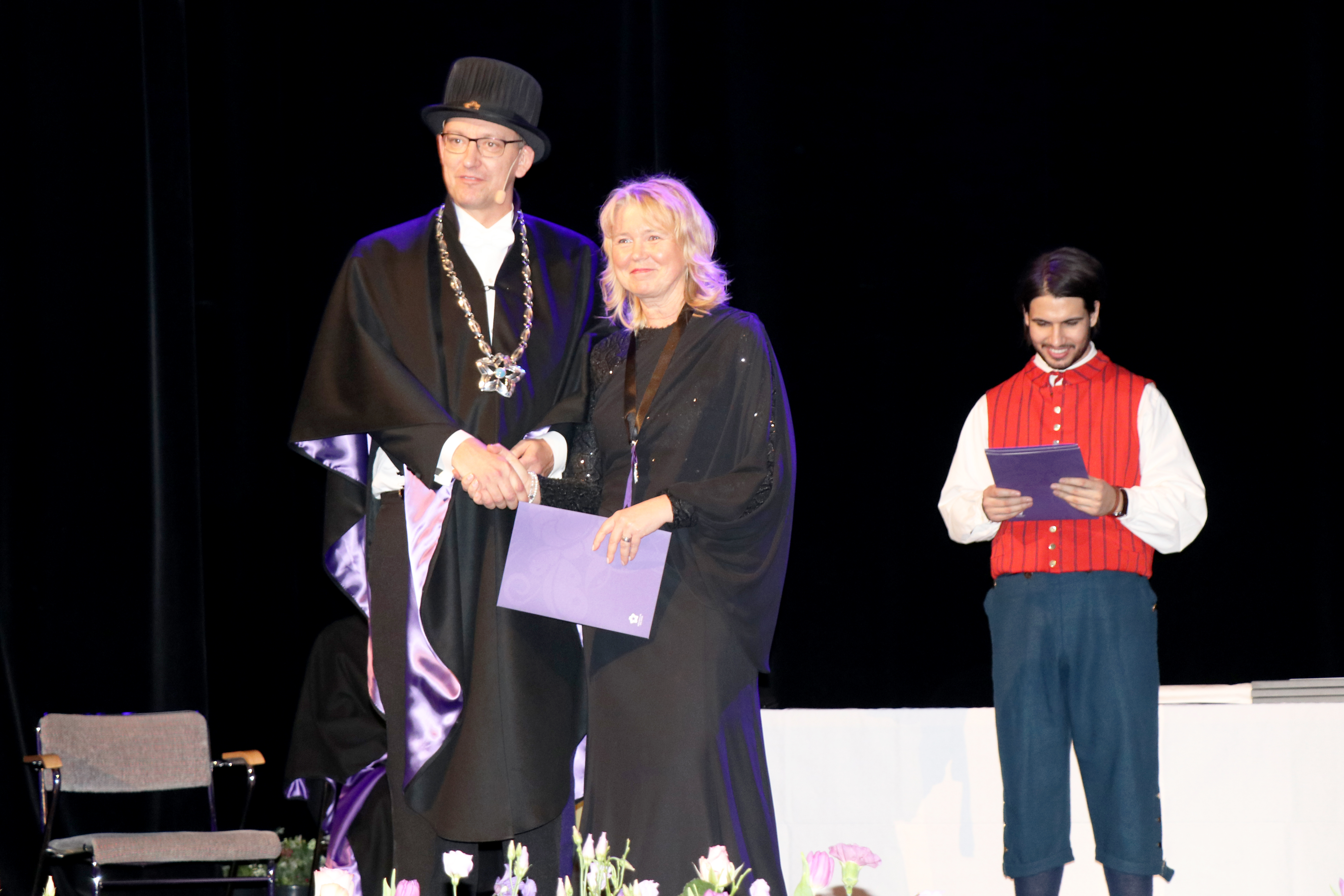 Dalarna University now has 42 Professors in different fields of study. 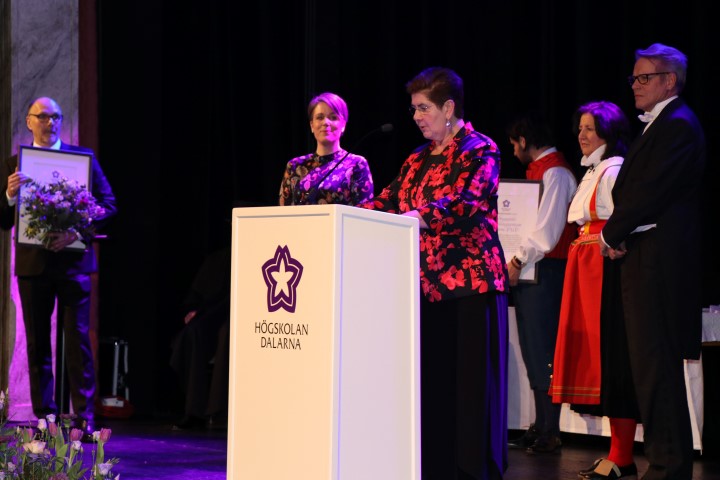 County Governor Ylva Thorn, along with Director of External Liaison, Sigrid Saveljeff,  awarded the evening's prize for collaboration. It was awarded to Bosse Lilja of the Industriellt Utvecklingscentra Dalarna. During his years as General Director of IUC, Bosse Lilja has worked hard towards ensuring collaboration continues with the University as well as regional business and industry.

Also recipient of a prize for collaboration was Dalarna's Centre for Educational Development, which is a centre at the university: it was recognised for its successful form of collaboration that has received great national interest.

The Alumni Prize was awarded to Cia Embretsen from Falun, a former Dalarna University student, for her work with a project to welcome people new to Sweden.

"Naturally, I feel very proud to receive this award as there are so many graduates from Dalarna University each year. I feel very honoured," stated Cia Embretsen.

There was also a prize for teaching, and this went to Therese Herkules, Lecturer in Image Production, who was described as being fiirm but fair, and dedicated to her job.

The evening then continued with a formal dinner, during which both the Vice-Chancellor and County Governor gave a speech, followed by music and dance.