Over 300 pupils and their teachers from the region of Dalarna paid a visit to Dalarna University, Campus Borlänge, on Tuesday as part of this semester's open house.
16 Oct 2019
Translation based on the original Swedish
Share this page Open House for Upper-Secondary School Pupils
We also send information about the page in the message.

"I've been interested in technology since I was small - and there are jobs to be had. That's what my mum says," explained Jakrapat Wutthisarn, just one of many pupils who attended the Open House to find out what their local university had to offer.

Aged 18, Jakrapat is in his third year at the upper-secondary school Soltorgsgymnasiet in Borlänge. In the autumn, he plans to go on to study at university and seems to know exactly what he wants to do. Sitting beside him in the lecture hall are Elias Tiensuu and Anas Osman, where they are listening to a talk being given by Anna Skogbergs, lecturer at Dalarna University, about IT security and information design, two fields of study that are offered by Dalarna University. 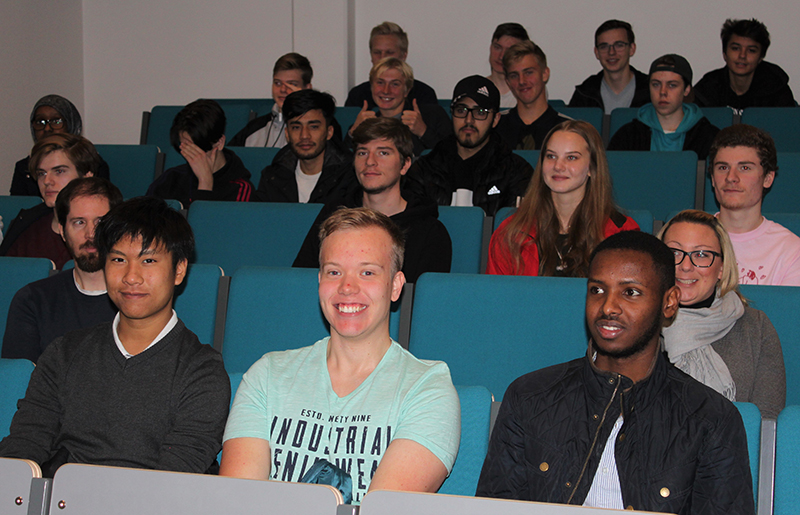 Students from the local Soltorgsgymnasiet attended the open house at Campus Borlänge.

Another visitor was 17-year-old Selina Nilimaa Pettersson, who travelled the distance from Vansbro along with her teachers and 20 fellow pupils.

"I'm interested in something in the field of sport and health - maybe the Sports Management Programme," she explained.

Why that programme specifically?

"I enjoy exercise in general, especially horse riding. I'm also considering going to the Police College," she says, before hurrying off to join other students.

Two young women who knew what they wanted to study are Ulrika Ängman and Vendela Moreau. Both took some time away from studies after graduating from upper-secondary school and are now in their first year of studies at Dalarna University. 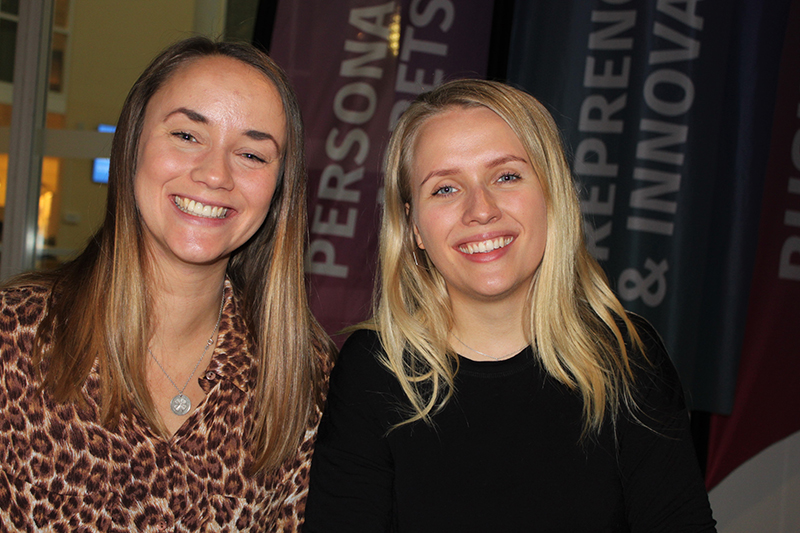 Ulrika Ängman and Vendela Moreau returned to the study desk after a few years of employment.

"I wasn't motivated enough when I left school. But now, after having worked for a few years as shop manager and having just become a mother, the time felt right to head to university," explains Ulrika.

"In my former jobs, I worked closely with HR managers. It's really interesting working with people," she says.

Hampus Stendahl was behind the coordination of the Open House at Campus Borlänge. 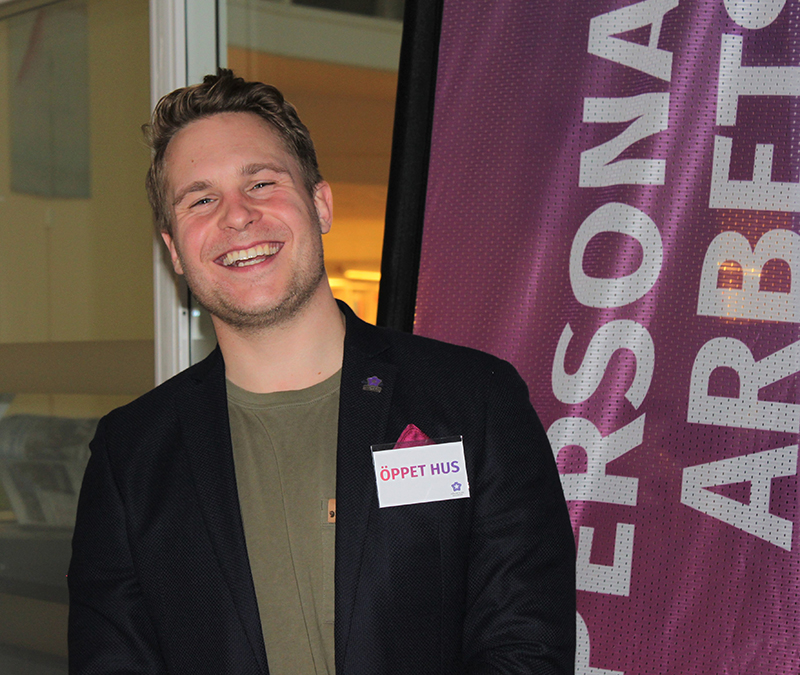 "There are six to seven schools from Sälen in northern Dalarna to Avesta in southern Dalarna - in total, 350 visitors. The response has been really positive," he says, adding, "The pupils will receive a lot of information today, and we just hope it helps them make the right choice when it comes to their studies."