This summer 2018, Nanchang University and Dalarna University will together run a summer school in China for Swedish and Chinese students. A recent visit to Dalarna from NCU gave the universities opportunity to share experiences and to sign a memorandum of understanding for future collaboration.
23 May 2018
Translation based on the original Swedish text

"This collaboration is important for Dalarna University and a step towards collaboration with Chinese universities," states Pro-Vice-Chancellor Jonas Stier.

Such collaboration is very important for internationalisation and development of education and research at Dalarna University. In recent years, a great deal of work has gone into establishing contacts with universities in China. It's a very interesting country in terms of student recruitment. Over one million Chinese nationals study abroad, making China the country that has the most students in other countries.

For some years now, Dalarna University has been collaborating with Nanchang University (NCU), which is located in central China. In mid-May, a delegation from China came to Dalarna to sign a memorandum of understanding.

"The memorandum points out opportunities for collaboration," explains Jonas Stier. 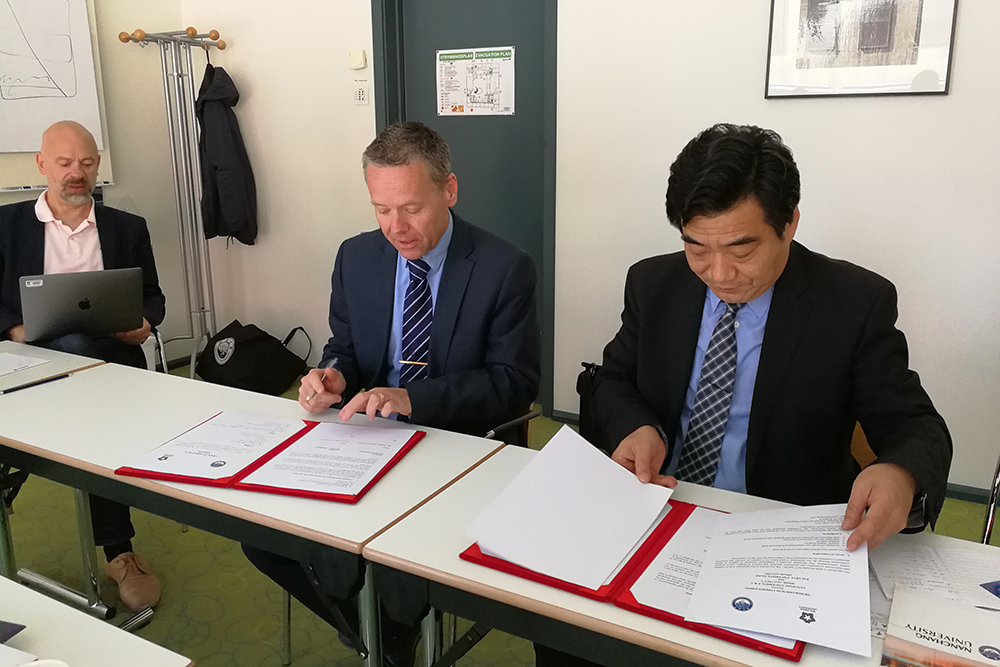